Tonight I was coming home from Munford and was listening to Frank's Place on XM radio. I heard Bill Evans for the first time. I've been listening to him for the past thirty minutes on Rhapsody, and I have to say that it's some of the best jazz piano that I've ever heard. Check him out!
Posted by Robert at 9:57 PM No comments:

I just got a new laptop and was looking for some good freeware to install. I ran across this site (The 46 Best-ever Freeware Utilities). It's a good site if you need some advice in this area.

Update: More freeware
Posted by Robert at 9:49 PM No comments:

The youngest megachurch pastor ever

28-year old David Platt is the new pastor of Brookhills Church in Birmingham, AL. The following is an excerpt from Christianity Today's article on him.

With a Matt Damon smile, short-sleeve button-up shirts — no tie — and an aw-shucks demeanor, Platt seems to put an audience at ease, then stuns them with his apparent near-memorization of the New Testament.

"He has such a command of the Word of God and love for it," Herndon said. "You forget how old he is; he's not speaking from experience, he's speaking from the Word of God. He disarms the audience with his youthful presence and casual manner, sets people at ease, then he starts teaching, and you get engaged. When he speaks, he's confident of what he's saying."

Platt can recite long Scripture passages from memory and moves from one precise biblical reference to another to back up his points, which focus heavily on evangelism and world missions.

"I want my preaching to be saturated with the Word of God," Platt said. "We have to know Christ, know him well and know his word."

In sermons, Platt draws on his travels to Indonesia, where he has led pastors' conferences, taught seminary courses and visited earthquake survivors. He's also visited Sudan, China and India. He and his wife plan to go to Kazakhstan to adopt a child this year.

Herndon, 55, said older ministers on the staff have embraced Platt's leadership, which often takes off in unexpected directions.

In concluding a recent sermon, Platt made what seemed to be a spontaneous call for donations to build houses for earthquake victims in Indonesia. He asked those who would give over their usual offerings to step forward at the two morning services in the 2,100-seat sanctuary.

The congregation gave $110,000 to build bamboo huts with tin roofs for Indonesian villagers ravaged by a massive earthquake.

"We did not expect this kind of response," Herndon said. "We can almost build a village now."

The boy is loose

Adam started walking this weekend. He's been walking while holding on to something (the couch, Mom or Dad, the dog, etc) for awhile now, but he actually let go and took off a few days ago. He can go from sitting on the floor to standing up to walking like a drunk man. Genius, huh?
Posted by Robert at 9:06 PM No comments:

It's been awhile since I've posted any pictures, so here are a few.
Posted by Robert at 7:40 PM No comments: 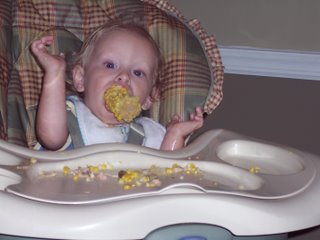 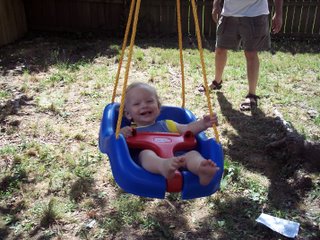 Posted by Robert at 7:36 PM No comments: 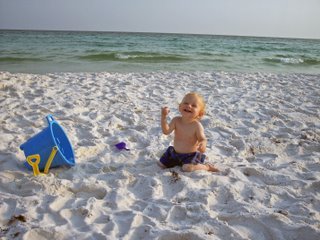 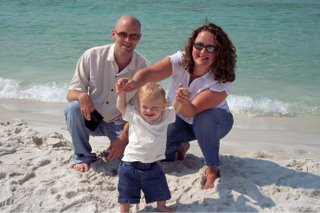 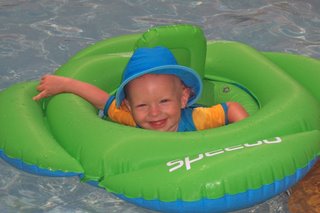 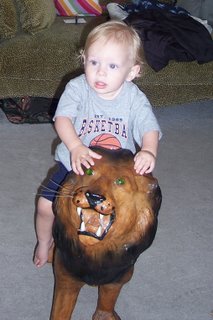 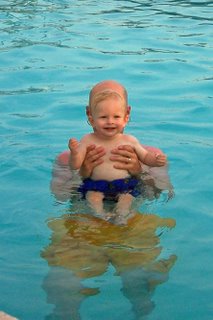 Posted by Robert at 7:26 PM No comments: