On Thursday I realized that we didn't have much going on this weekend.  Since it's going to be awhile since we have another free weekend, and since my parents live in Midtown, I called Mandy and asked if she wanted to get away for the night.  I've been thinking about taking a trip to Oxford for awhile now, and once Mandy said she was up for it, we decided to go.  It turned out to be a great way to celebrate our 13th wedding anniversary.

Yesterday afternoon we checked into the 5 Twelve Bed & Breakfast.  Gotta say that it was top notch.

Here's a picture of it. 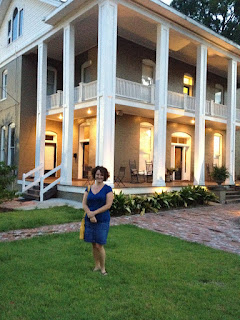 After checking in, we headed to the Square.  Stop #1 was Square Books, a great independent bookstore I'll be visiting again. 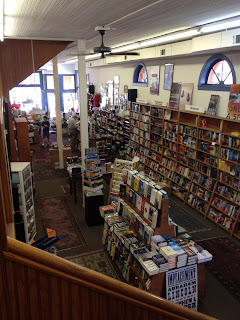 After that was the tricky decision on where to eat.  We had heard great things about City Grocery and Ajax Diner.  In the end, after reading reviews on Yelp, we settled on Ajax.  Gotta say we made a good choice.  The sweet potato casserole was unbelievable. 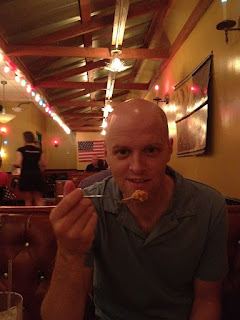 After a restful evening and a great breakfast this morning, we headed to Rowan Oak, the home of William Faulkner.  I confess I couldn't remember much about Faulkner from my English classes, but after reading up on him on Wikipedia, I was ready to go.  I love the fact that his home is in a normal neighborhood.  "Normal" might not be the best word, since there are some beautiful historic homes all around, but it's not set off by itself. 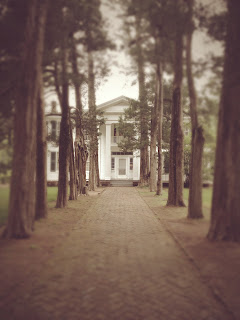 We were there for just 24 hours, but it was such a refreshing time.  Travel is one of those things that definitely refills my tank.  Two more pics:  the first is me with Mr. Faulkner, the second is me with the lovely Mandy Grisham.  We will definitely be making this trip again! 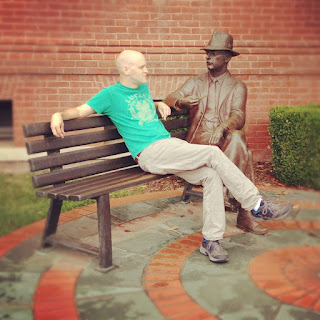 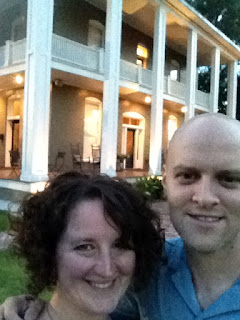