I hate I missed this yesterday, but here's a story that Mandy told me about a little episode from our boys.

Yesterday the three of them went to the Pumpkin Patch with Aunt Megan and Miss Olivia (the boys' baby cousin).  They put together a scarecrow.  Later on in the day they were finishing the last touches on the scarecrow, and Mandy asked them about a name.  Here's what happened in the next 20 seconds...

And then it was over, but quickly followed by 20 minutes of conflict resolving, punishments, and repairing Senorita.

Here's a picture of Micah and Senorita. 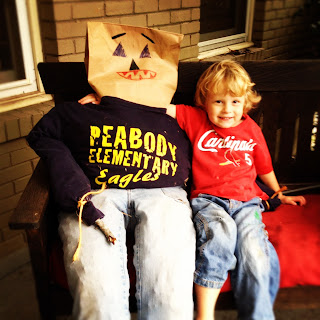 And lest you think all brothers do is fight, here's a very sweet picture of them together. 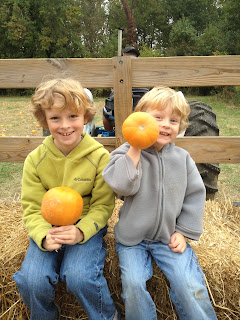