In January I came across a couple of posts by Mr. Money Mustache (here and here) about buildings that he had constructed. As I read these articles, I found myself starting to desire to build a home office for myself.

There were a couple of initial reasons. First, now that I am doing real estate full-time and don’t have any plans to stop, I know that I’m going to be working from home for the foreseeable future. This has been working for me for some time, though it gets a bit tricky in the summer when everyone is home. Second, I have a little more time on my hands than in the past, and I thought it would be fun to take on a physical project. I have learned over the years that I am not a “measure twice, cut once” kind of guy. That’s just not in my DNA. So I stick with the things that I’m good at, but at the same time, I have a desire to grow in this area.

After reading quite a bit over a couple of days, I pitched the idea to Mandy. I wasn’t sure what she would say. She loved my two reasons but added a third. Adam is about to be in high school, and he and Micah have always shared a bedroom, and she thought it might be nice for them to have their own rooms. She suggested that I build something for me, and then Adam take the bedroom that is my current office.

And there it was. We were on the same page way quicker than I thought we would be. As I researched, I quickly came to the conclusion that it would not be a wise move for me to try to build something from scratch. Again, the “measure twice, cut once” is really important for that kind of work. So I went to Probuilt of Memphis to look for a shed. I decided that my best bet would be to hire someone to build a 20x12 shed, and then I would finish the interior.

First we had to demo the existing shed. Then we had to make sure water wouldn’t build up under the new shed. We also had to get new fencing since the existing building’s  had served as the fence. 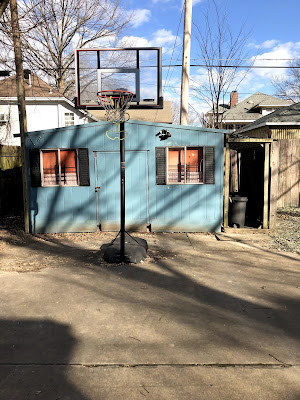 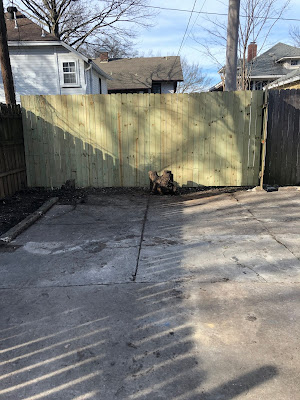 On Monday, March 18 two guys from Probuilt Memphis showed up to build my shed.  The only thing they had built in advance were the roof trusses. By 3:00 on Tuesday the shed was completed. I was blown away at how good these guys were. We had them build a wall to divide the building into two parts. I still needed a place for the mower and other tools, so six of the twenty feet is shed. The ceiling is lower on this part, which allowed for a loft in the office portion for storage. So glad we did that. And they built shelves in the shed portion. 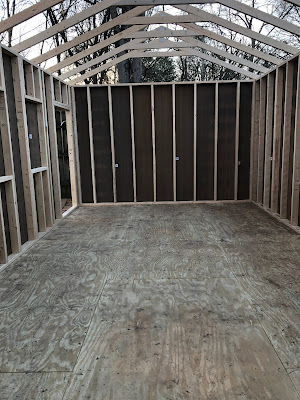 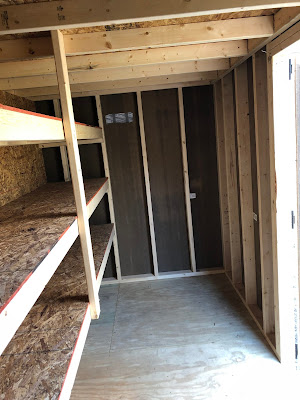 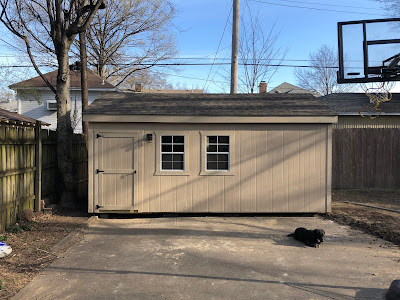 The next day the electrical rough-in took place, and the day after that, we had closed cell spray foam insulation installed.  Then the drywall went up. 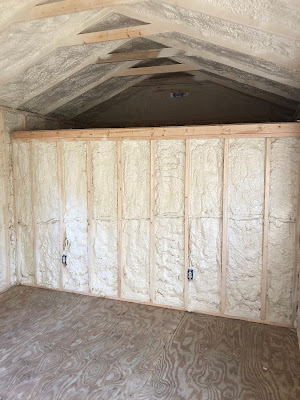 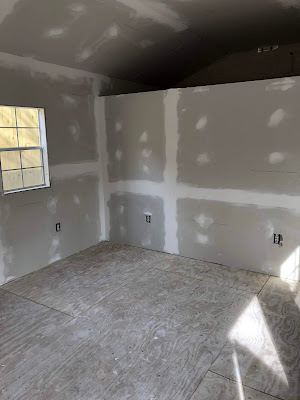 On Saturday the entire family painted the exterior. Once the drywall was finished, I painted the interior. Then I laid this vinyl plank flooring from Home Depot, and finally I had a carpenter install the heat and air unit and install the trim and baseboard. 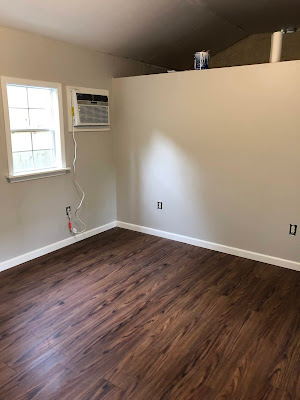 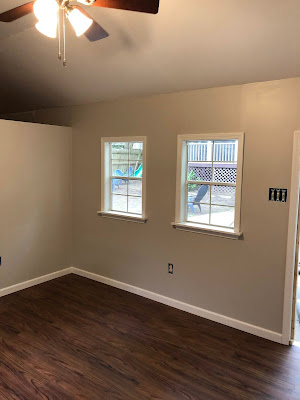 As one who is involved in a lot of construction projects, I'm so pleased with how the project turned out and how quickly it happened. I love my office. Here are a few photos of the finished project. 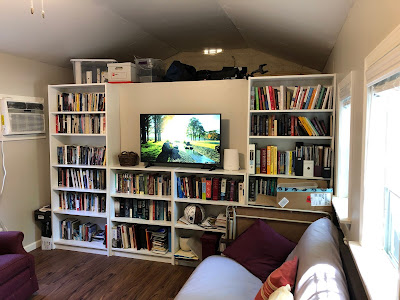 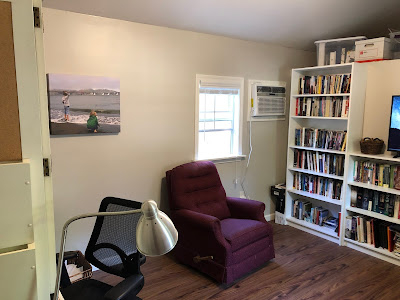 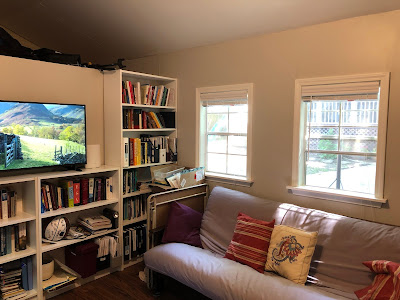 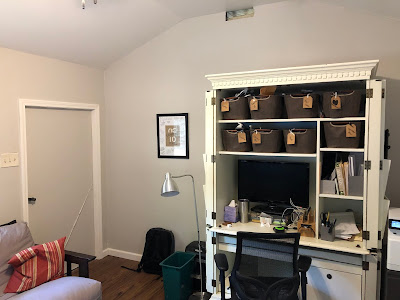 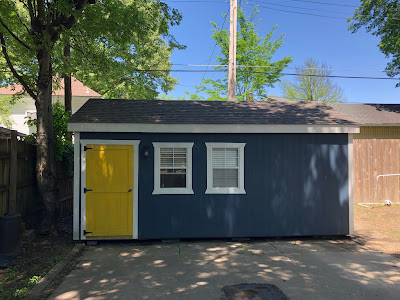